After laying dormant for over seventy years, it's  time to wake up[ and speak up. Not that my opinion will have a significant impact on the future of the world, I just don't want to be the only one without a voice.

Many people offer opinions using different styles.  Some, (perhaps like me) just wish to be heard.  Other's opinions are so diluted with political correctness that their messages are lost.  Some just steamroll ahead with no sensitivity towards their audience.

The suggestion that you should avoid discussing religion or politics with your friends, neighbors or co-workers  is a good one if you believe in peace.  We need to live alongside one another despite our differences. 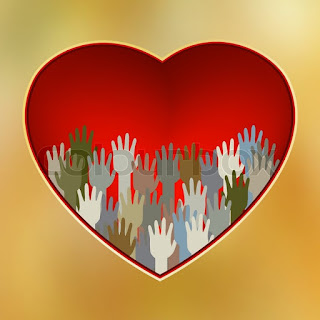 When I was very young, the religious protestant denomination my father belonged to had numerous factions. Church members and family members became so obsessed with their opinion of the literal translation of the Bible that  in church  they would not sit in the same pew with a neighbor who disagreed with their interpretation of perhaps one  Bible verse.  Families ended up not talking to each other, and for years there would be schisms  There is a lesson in that.  You can't just switch allegiances because of one disagreement or difference in philosophy.  We need to tolerate and often accept facts as they are, whether we disagree with them or not. 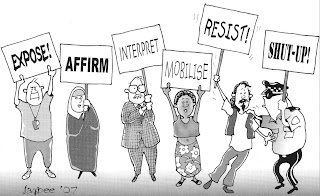